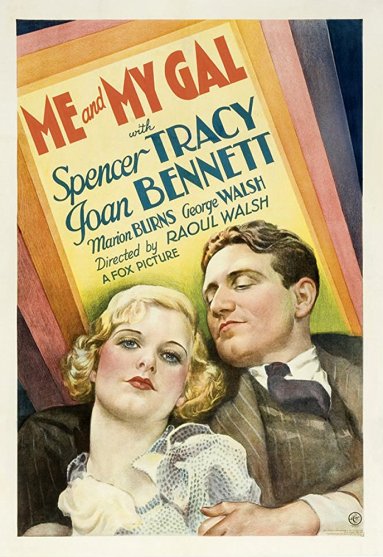 This movie was really hard to watch. Not in the Requiem-for-a-Dream kind of way but more in the I-really-couldn’t-find-a-copy-of-it way. I don’t break any laws trying to watch these movies, mostly I just get them through my Netflix DVD queue. This one wasn’t on Netflix though, even in the “save until later” form, and I could only pay full price to watch it through Amazon so free streaming sites it is!

Once I got my advertisements-included copy of the movie, I found it to be a pretty entertaining comedy-noir movie. I know, right? I guess after so many movies that disappointed me it was nice to find something that I hadn’t heard of before and was also good. There were a few moments where it felt like some of the frames were missing though. I don’t know if that was just because of the copy I watched or if it had just been damage after so much time since its initial release.

Spencer Tracy plays an Irish policeman with incredible wit and falls in love with Joan Bennett, who plays a sassy waitress. It would be a good match if Joan’s sister hadn’t just married a notorious gangster. What will happen next?

The humor here mostly comes from the dialogue. It’s filled with wit and comes so fast it’s easy to miss if you aren’t paying attention. It could be considered an early romantic comedy, though it’s filled with tropes from the noir genre, with some romance, and some of the smartest, wittiest screenwriting I’ve seen in a while now, and I can’t think of the last time I had so much fun from a movie just from hearing the dialogue.

Why you should watch it before you die: I think this is very original comedy from a time when talkies were still new. I didn’t expect a movie to be so on form at a time when people were still trying to figure out what the form of pictures-with-sound was going to be. Also, if you’re Irish, this movie is probably distantly related to you.